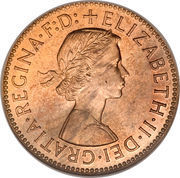 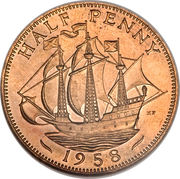 The standard weight of these pieces was 80 to the pound avoirdupois (1/5 ounce or 87½ grains).

We are indebted to Declan Magee Coins and Numista member Sjoelund for their kind permission to reproduce the images below which list some of the varieties for this series. 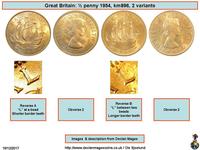 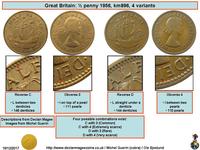 In 1957 there were two reverse varieties:
On the left -  Calm Sea
On the right - Normal (rough) Sea 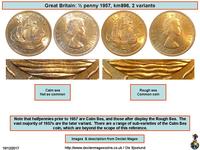 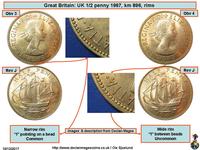