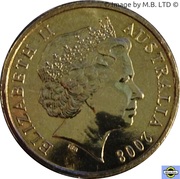 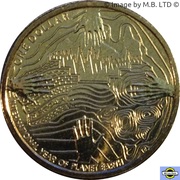 Stylised map of Australia with human hands showing the change we effect on the environment.

This NCLT $1 coin was  issued by the RAM in the 2008 two coin carded UNC mint set with a standard Platypus 20 cent coin. 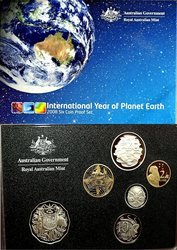 The United Nations declared 2008 International Year of Planet Earth adopting the theme "Earth Sciences for society". Geological hazards are a key issue for the United Nations and promoting this year was the biggest international effort to promote this field of scientific endeavour.