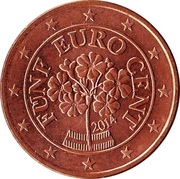 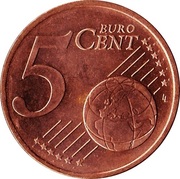 Alpine primroses, symbolising a duty to the environment, are encircled by the face value, heraldic hatchings representing the Austrian flag and the twelve stars of Europe 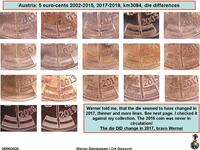 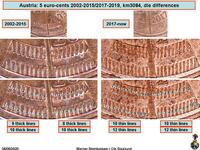 New version of the common side seen from 2018 onwards. Main differences:
- Thicker and shorter numeral
- Rounded edges of the numeral
- Thicker font in "EURO CENT"
- Thicker lines with longer ends outside of stars 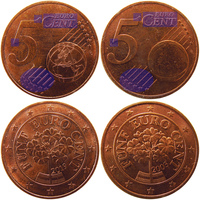