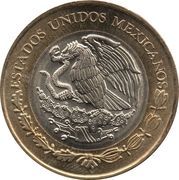 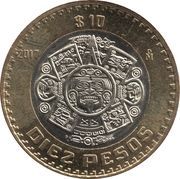 The National Arms of Mexico (An eagle on cactus facing left with a snake in beak above wreath), with the inscription forming a semicircle above.

In the center there is the circle of the Aztec sun stone representing Tonatiuh with the fire mask. In the peripheral ring at top center the value; to the left the mint year, and to the right the mark of the Mint of Mexico "Mo"; at the bottom, the face value in words. On most coins the inverted "L' shape ornament along the rim. See comments for details. 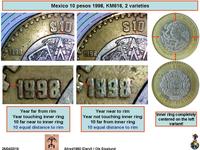 In 2007, an unknown number of coins were minted with an error called "grafila invertida" or "inverted beading," which means the L-shaped beads or denticles around the border of the coin are facing right instead of left. 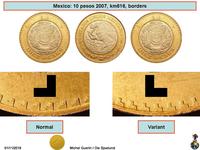 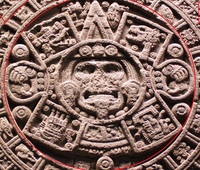 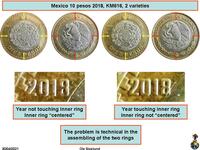