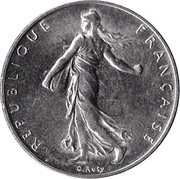 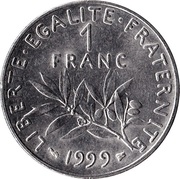 The Sower, designed by Oscar Roty in 1900, a national emblem of the French Republic

Underneath the face value, an olive branch is surrounded with the French motto: "LIBERTE - EGALITE - FRATERNITE"

How to understand the difference between normal and larger "0" for 1960: 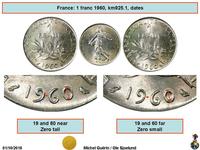 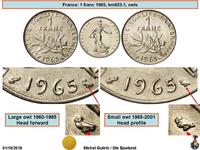 1965 owl: when the image is a little worn, the measurements are useful for identifying the variant