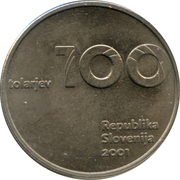 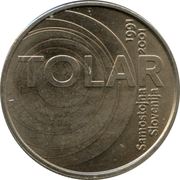 10th Anniversary of Slovenia and the Tolar