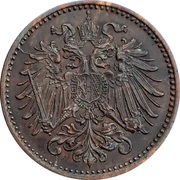 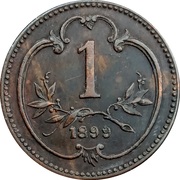 The double headed imperial eagle with Habsburg-Lorraine shield on breast.

Value above sprays, date below, within curved stylised shield

» Buy coins from Archduchy of Austria at eBay