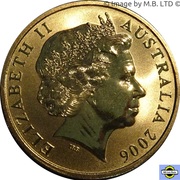 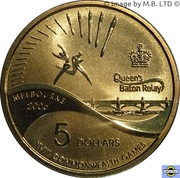 This NCLT Aluminium-bronze coin was minted in 2006 by the RAM to mark the significant Queens Baton Relay event in Australia as part of the build up to the Commonwealth Games to be held in Melbourne.
The Queen's Baton Relay has been a much loved tradition of the Commonwealth Games since 1959. The baton carries Her Majesty's message to the athletes from Buckingham Palace, London, to the opening ceremony. The coin was released in three different ways as follows  ....... 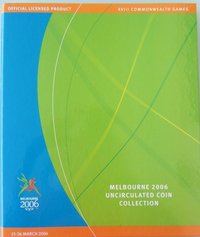 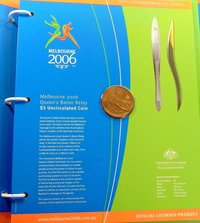 A Fine Silver (.999) Proof version of the coin was also released by the RAM in a capsule in a plush box.

Sixteen NCLT 50 cent coins to celebrate the Games were released in coincards, plus a NCLT $1 coin and another different $5 coin.