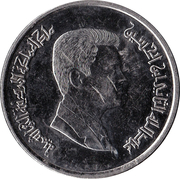 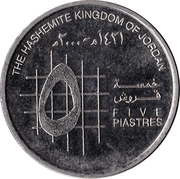 Lattice design featuring the Eastern Arabic numeral for '5', state name in English, denomination in both Arabic and English, year of issue in Gregorian and Hijri calendar years.