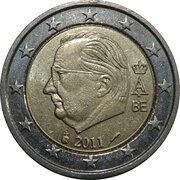 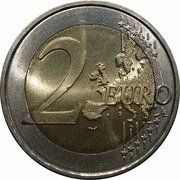 The bust of Albert II facing left with the date below flanked by privy marks, his monogram to the right, and the 12 stars of Europe in the outer ring

A map, next to the face value, shows the 15 states of the European Union