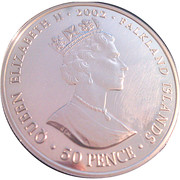 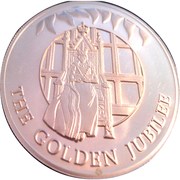 Bust of Queen Elizabeth to right.

Members from this site want to exchange this coin: Storm, subr