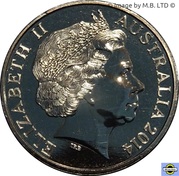 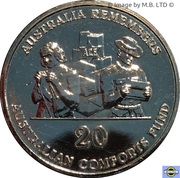 This NCLT 20 cent coin was released by the RAM in a large coincard. It is the sixth coin in a series of  seven "Australia Remembers" 20 cent coins.

This coin commemorates the nationwide contingent of volunteers who provided troops with much-needed sustenance during both World Wars.