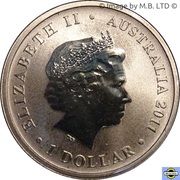 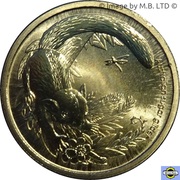 Sugar Glider at left, Dragonfly above.