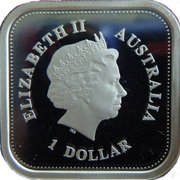 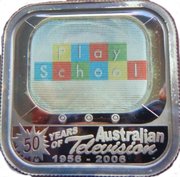 Issued by the Perth Mint to celebrate 50 years of Australian TV between 1956 and 2006. The Square shaped coin with rounded corners has a lenticular screen overlay. As you turn the coin the screen displays six different images relating to famous Australian TV shows. 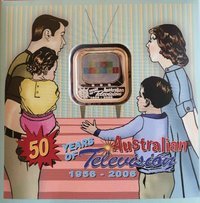 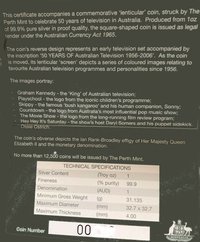