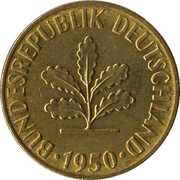 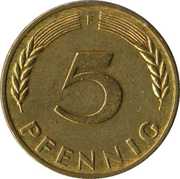 An oak seedling above the date

The mintmark in between two rye ears above the denomination 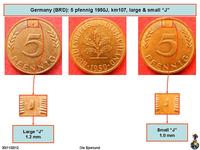