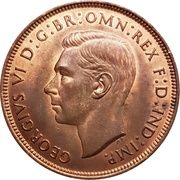 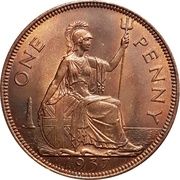 Translation: George the Sixth by the Grace of God King of all the Britons Defender of the Faith Emperor of India

Seated figure of Britannia right, with trident in left hand and shield bearing the Union flag in right, sea behind with lighthouse to left, denomination above and date in exergue. 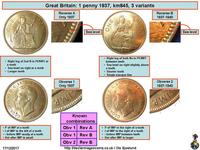 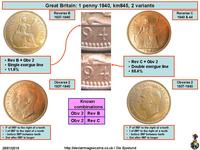 1944 reverse die varieties:
Note the differing positions of the last 4 in the date, relative to the wave above. 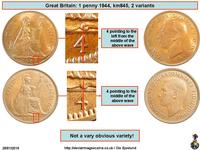 1946 reverse die varieties:
Although not a genuine variety by any definition, the 'dot' penny die flaw has crept into most reference books; 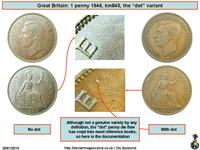 Not a published variety but straight and wavy exergue line varieties observed by Numista member ALLRED1950; 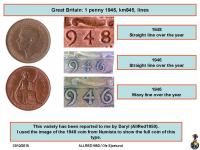