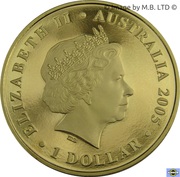 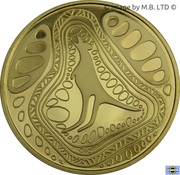 Released by The Perth Mint and NZ Post this crown sized NCLT coin came as part of a numbered two coin set. Maximum mintage was 20,000 but only 16,547 sets were produced. The other coin is a NCLT New Zealand oversized dollar. Each coin portrays a living icon, instantly recognisable as a symbol of its nation. The Australian coin has the Kangaroo of Australia and the NZ coin has the Rowi (Kiwi) of New Zealand.

The Perth Mint also released the coin separately in a coincard. 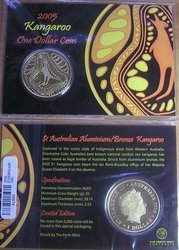