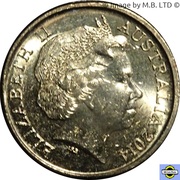 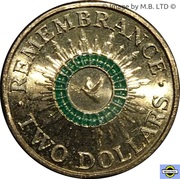 This colourised $2 coin was released into circulation by the Royal Australian Mint in 2014. It celebrates Remembrance Day, the 11th of November, where at 11am a minutes silence is observed to remember all fallen combatants In all wars.

An uncirculated mint marked version (C) was also released in a coin card.

Australia Post released this coin in a PNC, the coin was non-mintmarked in an issue of 14,500. 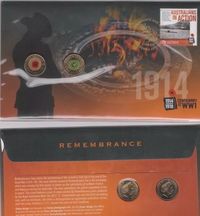