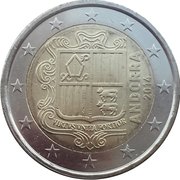 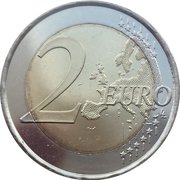 At the center of the coin there is the coat of arms of Andorra; at right the year of mint and the inscription "ANDORRA". Around 12 five-pointed stars representing the European Union.