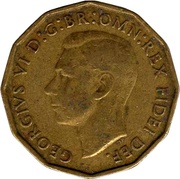 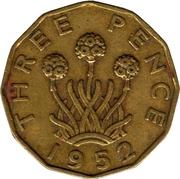 Translation: George the Sixth by the Grace of God King of all the Britons Defender of the Faith

The standard weight of these coins was 105 grains.