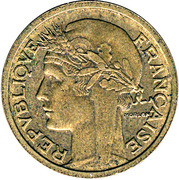 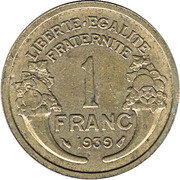 Marianne's head left wearing a phrygian cap decorated with a composite wreath made of olive tree leaves, oak and wheat.

Value encompassed on either side by Cornucopia (or horn of plenty, overflowing with produce, flowers, or nuts). 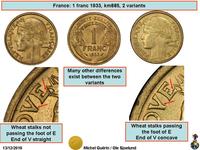