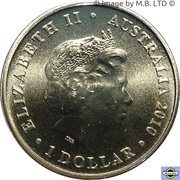 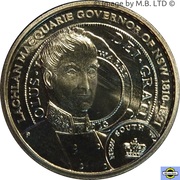 Struck by the Perth Mint but issued exclusively by Australia Post in a PNC. (15,000 Copies).

Also released by Australia Post and the Perth Mint was this stamp and coin set. It comprises a minisheet and a coin from the Perth Mint. Packaging measures 360 x 150 mm.