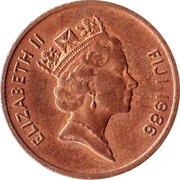 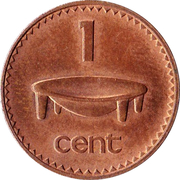 Tanoa devides the denomination, around, a circle of pearls. A Tanoa is a large deep wooden bowl used for the Sevusevu, ceremony of presentation of the Yaquna, Fijian name for Kava.