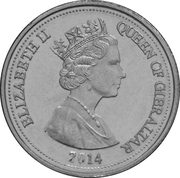 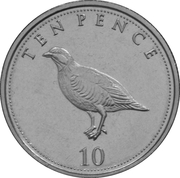 Depiction of a Barbary partridge, the national bird of Gibraltar.