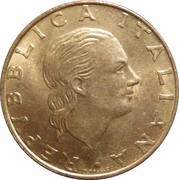 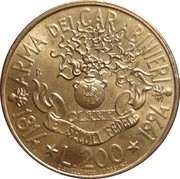 180th Anniversary of the foundation of the Arm of Carabinieri

Symbol of the Arm of the Carabinieri ( a grenade with a thirteen-pointed flame) with below the years of the anniversary in roman number and a banner with a script. Below the banner the value between stars and the dates of the anniversary.

The Carabinieri (formally Arma dei Carabinieri, "Carabinieri Force") is the fourth Italian military force charged with police duties under the authority of the Ministry of Defense. Carabinieri is the national gendarmerie of Italy, policing both military and civilian populations. "NEI SECOLI FEDELE" is the motto of the Carabinieri.