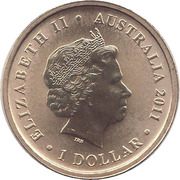 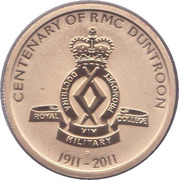 Duntroon, the Royal Military College of Australia.  The college was founded in 1911 at Duntroon, located in the Australian Capital Territory and situated on picturesque grounds at the foot of Mount Pleasant.

Over the years, Duntroon has established a rich history.  Graduates have led Australian soldiers in every major military campaign in which Australia has been engaged.  Recognised as one of the world’s leading military colleges, it proudly upholds a famous tradition of training and developing some of the country’s most accomplished leaders.
(Perth Mint)