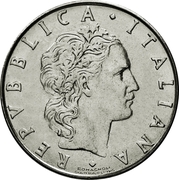 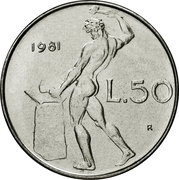 Representation of the god Vulcan beating iron on an anvil. On the right the value L.50 (50 lire, where L. is abbreviation for lire) with the mint sign underneath; on the left the date. 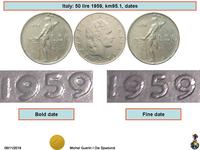 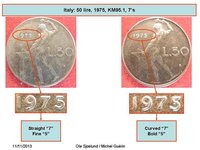 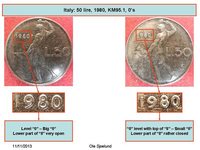 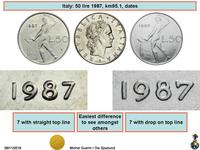 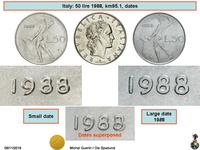