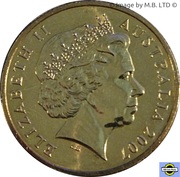 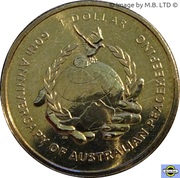 Issued by the Royal Australian Mint in a coincard is this NCLT coin which commemorates 60 Years of Australian Peacekeeping forces stationed around the world. Australia has a long and very proud history of supporting United Nations peacekeeping operations. 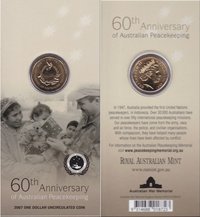 A member of this site wants to exchange it: tolnomur