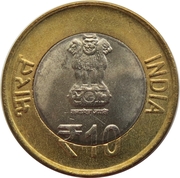 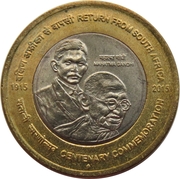 Depicts both young Mahatma Gandhi and Gandhi Ji in old age, showing his transformation from a pravasi to Mahatma

Gandhi left South Africa on 19th July 1914 and reached London on 4th August 1914. The First World War started around that time. He sailed from London for India on 19th December 1914. After reaching India, he started his social work for the people of India.