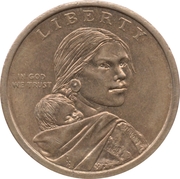 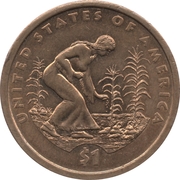 Sacagawea (1788-1812), with child. She was a Shoshone native american. She was an translator and a guide to the Lewis and Clark expedition.