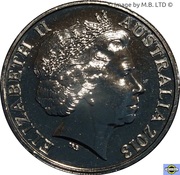 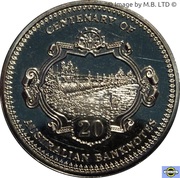 This NCLT 20 cent coin was issued by the RAM in 2013 to commemorate 100 Years of Australian Banknotes and depicts images taken from an original 10 Shilling Note. The coin was included in a three coin set that also had two other coins, 20 cent & 50 cent, that were also issued to celebrate old Australian Banknotes as part of the series. (KM#1962 & KM#1963). All three coins were housed in large coincards inside a slipcase. 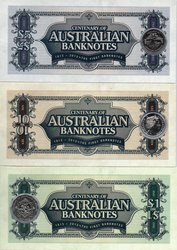 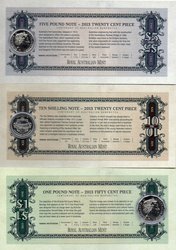 The coin was also issued by Australia Post in a Joint RAM and Perth Mint PNC (15,000 Copies)
The Perth Mint Coin was one of the oversized $1 Aluminium-bronze coins they specialise in.

This was the front and back of the PNC.

This was the front and back of the Coincard inside the PNC.

A member of this site wants to exchange it: dgania