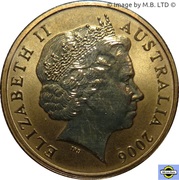 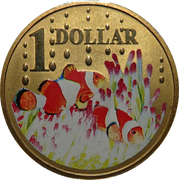 This is a NCLT pad printed coin issued by the RAM in 2006. It is part of the 6 coin Ocean Series set issued in individual Coincards during 2006-2007. 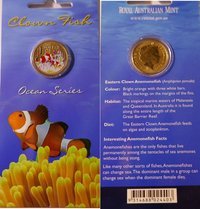