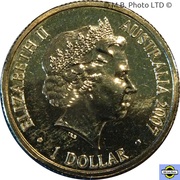 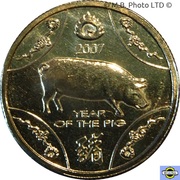 Picture of a Pig with chinese characters for pig below

In 2007 the RAM launched an on-going series of NCLT one dollar coins depicting each Lunar year and their representative animals. This was the first coin in the series which ran until 2018, links below to each coin. 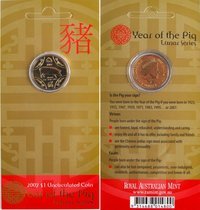 A Fine Silver (.999) Proof version of the coin was also issued in a capsule in a plush red box.