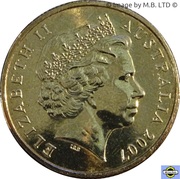 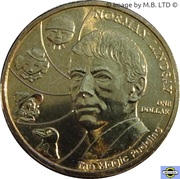 This NCLT coin was issued by the RAM as part of the six coin Magic Pudding Baby Mint Set in 2007 and 2008. These two sets are the only place this coin can be found. It was not issued in the Baby Proof Sets of the same years.

The set relates to famous Australian artist Norman Lindsay (1879-1969) who was also renowned for his work as a writer of children's stories. First published in 1918, The Magic Pudding is a classic children's novel that Lindsay wrote and illustrated. It was adapted for an animated feature film in 2000. The classic story has been reprinted numerous times and was done so again in 2008 to celebrate the 90th anniversary of the book. 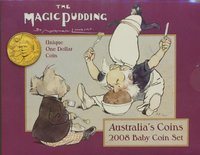 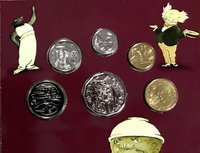