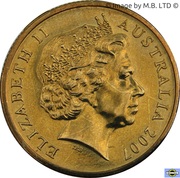 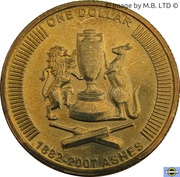 Mock Coat of Arms - Lion on Left, Kangaroo on right of the Ashes Cricket Urn
Crossed Cricket Bats below

In 1882 an Australian cricket team beat the English cricket team on the spiritual home of cricket, Lords. This was the first Australian team to beat an English team in England and the next day saw a mock obituary placed in The Sporting Times stating that English cricket had died, and the body would be cremated and the ashes would be taken to Australia. The following year an English cricket team toured Australia in what was dubbed 'the quest to regain The Ashes'. While in Australia the English team was presented with a small ceramic funeral urn that reputedly contained the ashes of a burned cricket bail. This saw the test matches played between England and Australia, now known as 'The Ashes', cemented into the sporting folklore of both countries and the rivalry continues until this very day.

2007 was the 125th anniversary of the birth of The Ashes and the RAM celebrated this with the release of this NCLT coin in a coincard. 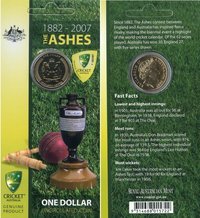 It was also released in a PNC by Australia Post.