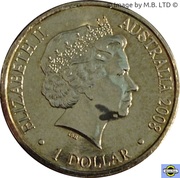 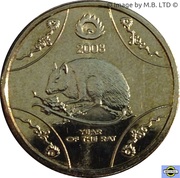 Rat with authentic chinese symbols all in a symetrical design

In 2008 the Royal Australian Mint continued with the second release in an ongoing series of NCLT one dollar coins depicting each lunar year and their representative animals. The coin was issued in a tall coincard. 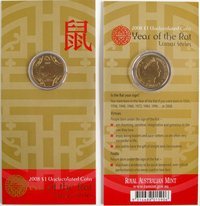 A Fine Silver Proof (.999) version of the coin was also released in a capsule in a plush red box.