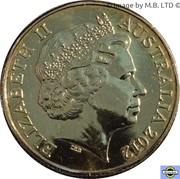 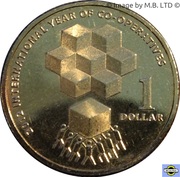 Year of the Co-Operatives

7 People lifting a Cube towards 7 Cubes

This NCLT Aluminium-bronze $1 coin was released by the RAM in a coincard. 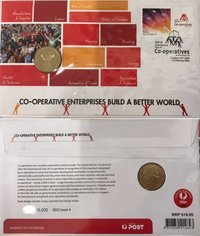 2012 was declared International Year of Co-operatives by the United Nations General Assembly. This theme raises awareness of the important role co-operatives play in social and economic development worldwide contributing to employment, strengthening livelihood and improving the nation's economy. A co-operative is an enterprise which is owned by it's suppliers, customers and members.