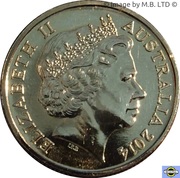 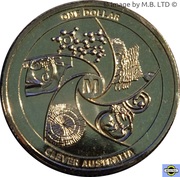 Depiction of important medical developments in a Spiral : the pacemaker, penicillin, IVF embryo freezing and spray-on skin for burns victims.

Released by the RAM in a large coincard is this NCLT Aluminium-bronze $1 coin celebrating "Clever Australia"’. 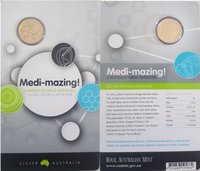