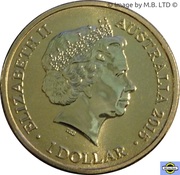 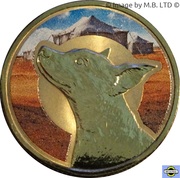 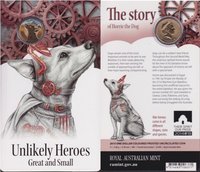 This coin celebrates "Horrie" the dog, who had a distinctive bark used to warn the battalion that the enemy was approaching. He was given the service number EX1 and travelled to Greece, Crete, Palestine, and Syria before being smuggled back into Australia after the war.