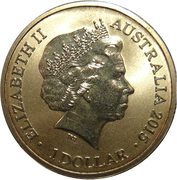 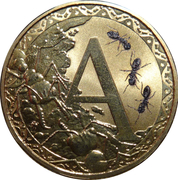 The Letter A Coin features the adventurous Ant, playfully interacting with the letter A