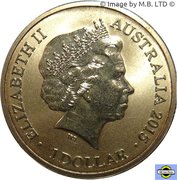 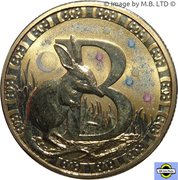 The Letter B Coin features the brilliant, bright and so clever Bilby, playfully interacting with the letter B

A Fine Silver (.999) Proof version of the coin was also issued in a plush case. (See Link)