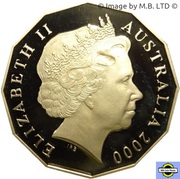 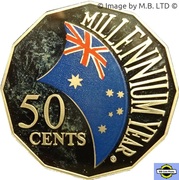 This 50c coin was issued by the Royal Australian Mint in the year 2000 Proof & Baby Proof Sets. It celebrates the turn of the century, the transition from the second to the third millennium. This fifty cent coin was Australia's first official colourised coin and can also be found in circulation in a non-colourised version. 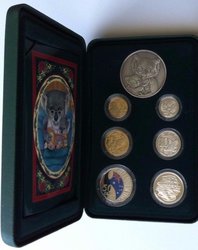