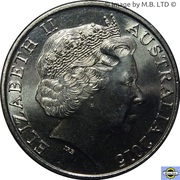 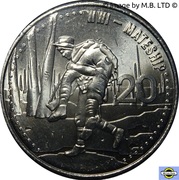 Australian Soldier carrying a wounded comrade across the battlefield

This 20 Cent coin pays tribute to the sacrifices made in the name of "Mateship" by Aussie Diggers in WW1.

Members from this site want to exchange it: brismike, Smiley1