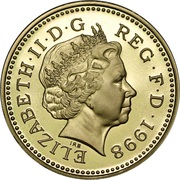 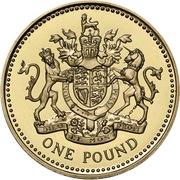 Royal Arms with supporters above denomination.

Translation:
Shame on he who thinks evil of it
God and my right 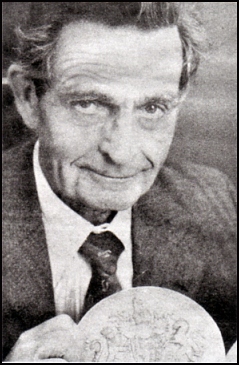 Eric Sewell was the Chief Engraver of the Royal Mint in London in the 1970s. Eric Sewell designed the reverse of the first round British pound, issued in 1983, featuring the royal arms.

Originally introduced in 1983 and paired with the Machin second portrait, the Eric Sewell 'Royal Arms' reverse design has been used a total of five times in base metal. The second edition was issued in 1993 with the Maklouf third portrait on the obverse.

This being the third issue, the 1998 strike was not released into circulation and can only be found in the Annual Proof and Brilliant Uncirculated sets.

The 2003 strike was struck for circulation as well as being issued in the Annual sets in both Proof and Brilliant Uncirculated (62,741 sales) quality, whilst also being available in an individual coin and stamp pack (23,760 sales). 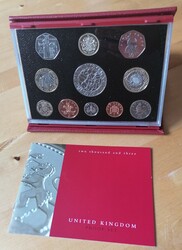 The 2008 strike was struck for circulation as well as being issued in the Annual sets in both Proof and Brilliant Uncirculated (48,854 sales) quality, whilst also being available in an individual BU pack (18,336 sales). 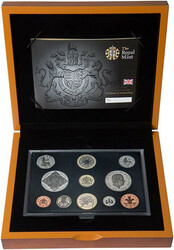 The coin has also been issued in silver proof and silver piedfort while further editions were subsequently struck in gold proof and platinum proof.