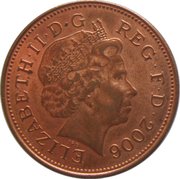 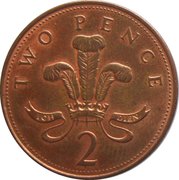 The badge of the Prince of Wales, a plume of three ostrich feathers enfiling a coronet of cross pattée and fleur de lys, dividing motto with legend above and denomination below. 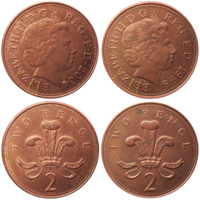