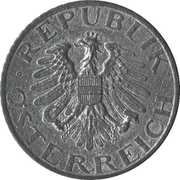 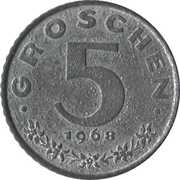 Michael Powolny was an Austrian sculptor, ceramist, designer, and teacher. Powolny was born in Judenburg. He was trained at Tonindustrie in Znaim, and from 1894 to 1901 in the Wiener Kunstgewerbeschule.

The value in large numerals and the date below

In the post-war years, mainly 1948 and 1950, 5 and 10 Reichspfennig (Third German Reich, KM #100 / #101) that were still remaining in Austria were struck over due to a lack of round material. The overstamped pfennig coin (KM#97) is very rare with details of the original coin often remaining visible. 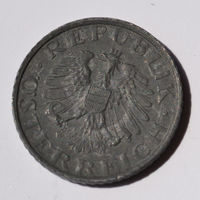 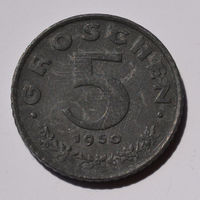 Those coins frequently show bubbles, a defect of zinc coins: 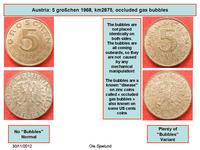