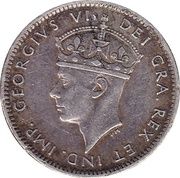 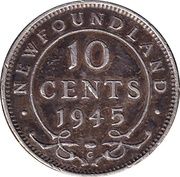 Translation: George VI, By the grace of God, King and Emperor of the Indies

"Newfoundland" typed in semi-circle above the face value, date underneath.

» Buy coins from Newfoundland at eBay