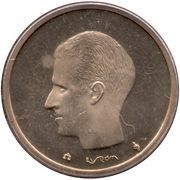 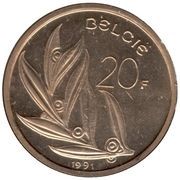 Head of King Baudouin I facing left. Designer below, flanked by mint mark and privy mark.

Olive branch and value. Legend in Dutch above, year below.


Variety for rim sizes reported. 1980 supposed to have a more narrow, following years to have a broader rim. 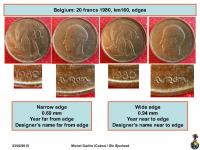