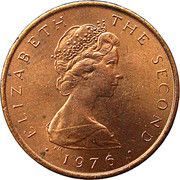 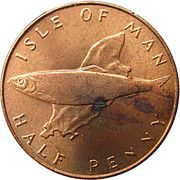 Lettering:
ISLE OF MAN
HALF PENNY