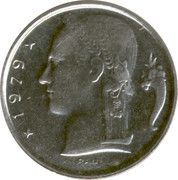 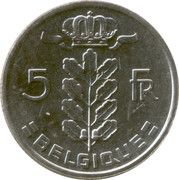 Crowned oak branch dividing value and the country name in French below. 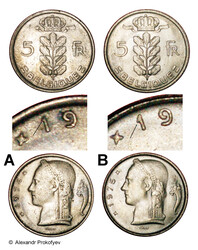